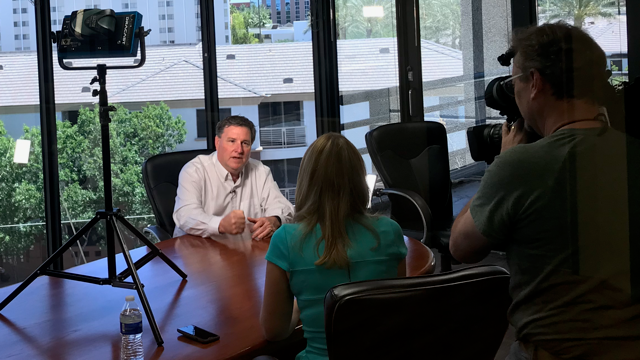 Kurt Davis is a founding partner in the firm FirstStrategic, Communications & Public Affairs. Davis leads the firm’s strategic public policy development for non-profit clients and rural Arizona issues. Prior to forming FirstStrategic, Davis served as the Vice President of Public Affairs & Marketing at Northern Arizona University, a doctoral one university serving more than 19,000 students from all 50 states, 63 nations and more than 50 native American tribes where he was responsible for all facets of state and federal relations, marketing, media relations, student recruitment and distance education marketing.

Prior to his position with Northern Arizona University, Davis served as the Vice President of Public Affairs & Corporate Communications at Rural/Metro, a publicly traded company providing fire and ambulance services to communities across the nation. He had direct responsibility for public affairs, legislative affairs, contract negotiations, fire marketing efforts, corporate communications, crisis communications, franchise protection and community relations. Prior to joining Rural/Metro, Davis was Deputy Chief of Staff and Executive Assistant in the Office of the Governor where he had direct oversight responsibility for the Department of Transportation, Department of Corrections, State Land Department, Game & Fish Department, Department of Youth Treatment and Rehabilitation, Governor's Offices of Women, Drug Policy, Community Affairs and the Pardons and Parole Board. He was appointed to represent the governor on the legislatively created Constitutional Defense Council and the statewide Law Enforcement Policy Council. Davis developed and worked with the State Legislature to institute broad based public policy reforms for adult/youth crime policy and transportation initiatives.

Davis also served as Director of Intergovernmental Affairs & Issues Analysis in the Arizona Office of the Attorney General, as Executive Director of the Arizona Republican Party and held appointed positions in the Reagan Administration at the White House, the Department of Education and the U.S. Small Business Administration. Davis has also served as a gubernatorial appointment to the Arizona Board of Regents, the Vision 21 Transportation Task Force and the Arizona State Board for Charter Schools. In 2007, U.S. Senator John McCain appointed Davis to co-lead his Arizona campaign for President.

Davis currently serves as a Board Member on the Great Hearts Academies, the Arizona Chamber of Commerce and as a Commissioner on the Arizona Game and Fish Commission. He received his BS degree from Northern Arizona University. Davis is a native of Los Angeles, California. He and his wife, Janet, live in Phoenix and enjoy the outdoors and their two grandchildren Finley and Amelie. 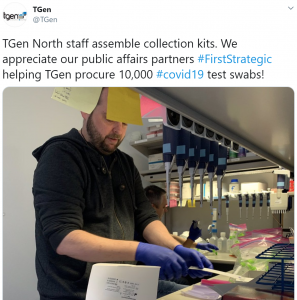